My coaching practice has never been as busy as it has this last 12 months.

Coaching through a pandemic has revealed new insights on traditional working practices and ways of thinking about not only how we work but who we are at work.

‘Workplace Culture’ – has always fascinated me as it comes up so often in coaching sessions. The Way We Do Things Around Here is the same as workplace culture and it has a very long, sinuous and sometimes unhappy grip on the ability to grow, thrive and be productive in the workplace.

Changes in working practice, working from home, working virtually, all have brought to the surface a consistent and important question.

Good question! Coaching gives the space to develop your own answers to that question.

Amanda Reynolds (www.ltdblend.com) and I have been discussing coaching, Myers Briggs personality types and working from home on Linkedin you can find out more about it here

“I wrote my first article on LinkedIn today. I’ve come a long way since I first came to you for coaching! Thanks for all the support and helpful challenge” 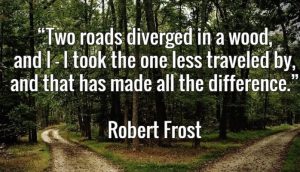 In the past twelve months I have actively chosen to inhabit and embrace discomfort. Recognising that I was in a stage of transition (age, stage of life,  what-do-I-want-to-do-with-my-life etc) I was intrigued by how doing the same things in the same way had become habits.  Now some habits are good. They reinforce a sense of self-efficacy and predictability.   But that has never been my style. In other words I had become comfortable and maybe a bit complacent.

Running a business, being self-employed and having a life full of activity is my stock-in-trade.  But I became more conscious of the little habits that might prevent me from seeing what else is out there; I had created invisible walls for myself; I was still active but not necessarily creative.

So I decided to do an experiment.  For 12 months I have consciously worked fewer hours and undertaken less networking activity in my usual groups.  My goal was to touch other parts of parallel worlds and to see what else was going on out there.

What have I found?  The world doesn’t stop if you consciously change.  It keeps on turning.  The work keeps coming in but it comes from new places and new people.  What I have learned in my 40-0dd years of employment and self-employment does not become redundant just because I change direction.  In many ways the direction of travel remains the same, in fact. It’s just that the route is different.

What new avenues have emerged in the last 12 months as a result of taking the road less travelled?

The learning is that in creating empty spaces and being prepared to stay in an empty space rather than actively create momentum and ‘noise’, new thoughts and new opportunities arise.  Not a bad bit of learning as I reach the end of the year.

Years ago when I did  my social work training I read Social Work as Art by Martin Davies. At the time I couldn’t quite key into the concept.

Now, I offer supervision to consultants in practice.  Supervision is the one thing I really missed when I started working for myself – the opportunity to explore ideas, the meaning of the work, the impact of methods on outcomes.  Doing it well is an art I have come to understand.

I’ve been developing the concept of ‘supervision as art’ over the past couple of years, combining supervision with coaching and adding more discursive elements to the mix where it fits the client’s needs and preferences.  Recently after an hour and a half session with a client, we de-camped to a local gallery and wandered round an exhibition of Henri Cartier-Bresson’s photography. Having ‘got into the zone’ in the supervision session itself, we then extended the concepts that had emerged in supervision and linked them to the images we were looking at. Not in a self-conscious way, but naturally and spontaneously. It really enriched the session for my client, and for me.

It made me remember my experience on The King’s Fund Top Manager Programme, when we were taken to The National Portrait Gallery and asked to look at four different pictures, on our own and then in small groups, and then discuss them.  This was a significant swing away from the normal ‘taught’ elements in previous experience of leadership programmes.  This one led you into places you hadn’t been; asked questions that had never been asked; requested our patience when our experience made us feel uncomfortable; asked us to dig deeper for meaning and insight. 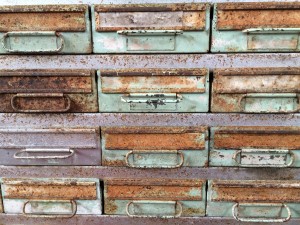 This week has been a great week and I have been moved and motivated by magnificent women.  Some are new acquaintances. Some I have known for years. Some I know through work. Some through friendship or kin.

All seem to possess an innate wisdom that carries them through.  That wisdom seems to have grown through a commitment – in the best and the hardest of times –  to knowing their own value and being the best that they can be.  They have an unforgettable impact on those with whom they connect.  Their greatest attributes are authenticity, a generous spirit and a strong commitment to never to catch what is thrown at them unless they choose to do so. A commitment to let what is thrown, fall, if it is of no value; a commitment to only hold on to what will nourish and strengthen them.  To open the correct drawer and take out the correct object, because only that object will do.

These women are thinkers, they shine a light on their own thoughts and ignite sparks that illuminate their own journey.  Without knowing that they do so, those sparks show others what is possible.  In doing this they are living proof that love is our best gift, that we can endure, are authentic.  We are able to integrate the meaning of the most beautiful and the most bitter of life’s lessons, yet still flourish and remain intensely human.    You know who you are! I salute you!

What can we say to make it better? Nothing.

What can we do? Plenty.

Suicide is the leading cause of death between the ages of 15 – 29. A stunning and a terrifying statistic. In England hospitals see over 200,000 self-harm episodes per year, making it one of the commonest reasons to seek urgent health care.

Mental Elf provides a number of brilliant blogs and reviews about suicide and self-harm, if you want to know more.

Many words will be written about suicide this week – but so often the impact is unexplainable, the reasons inexplicable and the rest of our lives feel unbearable. Hopeless. Guilty. Meaningless. Our friends or family members who have taken their own lives have left but a frail trailing remnant of their mood, and we stand there feeling alone – stricken and powerless in our unknowing. It is hard to move on from there.

So we must act – in the here and now – speak, and move and act. We should be ready to respond when we see there is a problem, and not hide behind our embarrassment, or turn away when just one word could make a difference.

Don’t see people who self-harm as having caused their own problems – they are often victims of abuse, depressed or in family crisis.

Don’t dismiss them as time-wasters, even when they keep coming back – suicide risk goes up, not down, with repeated self-harm.

And remember that self-harm starts to drop off in the mid-20s – support people into early adulthood and many will put their traumas behind them. 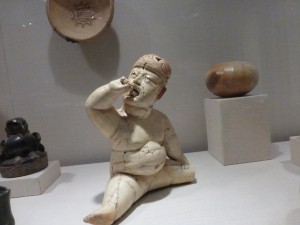 Polynesian thinker – From the Sainsbury Centre for Visual Arts

Experts might be experts but they still have room to grow and to learn. We are all travelling – we never arrive. It’s like being in a car with passengers….. ‘how far is it……. are we getting closer……… how many more minutes………  are we there yet’?

After many requests we now offer regular supervision to self-employed consultants to help them keep on top of optimum performance.

The number of small businesses offering consultancy has grown, but often in the absence of a clear framework of practice governance and external challenge.  How many consultants – particularly those who have worked in the public sector – find that they miss the supervision sessions which have played such an important and regular role in their professional development for so many years?

Most consultancy work is based on relationship building, whilst challenging fixed ideas, unpicking and re-framing evidence.  At the same time the process of providing consultancy involves conceptual frameworks involving emotions, identity, conflict, trust, difference, values and ethics.  When we work in teams we often work through these concepts with our colleagues.

As independent consultants we frequently work alone or in very small teams and are often driven by tight schedules and we prioritise generating new business at the expense of our own professional development.

This set us thinking – and  as a direct response to conversations with a number of independent consultants who have enquired about supervision, and having explored it in our own supervision (yes, we seek it out too!) – we now offer supervision as a method of helping freelance consultants to:

Contact us if you think this will be helpful. 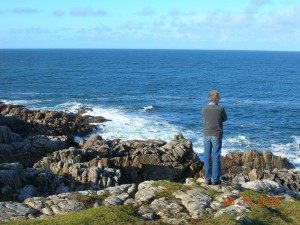 This week the Mental Health Taskforce published a consultation report – its public engagement findings which aimed to collect stakeholder views to support the development of the 5 year national strategy for mental health.

So far so good – given that this consultation gives voice to real people, in real places, with real problems, perhaps it will add to the impact of the other reports offering similar messages over the past two years but struggling to deliver due to staff capacity and reduced budgets.

Earlier this week Sir Simon Stevens announced a NHS staff health programme for NHS staff to improve their health – with improved access to physio and OT, exercise classes and healthier foods at work.

There are some synergies there with the MHTaskforce report. Is that surprising? NHS staff are innovative, energetic and human. As are people with mental health problems – some of whom will be NHS staff. Until workforce planning incorporates considerations about the impact on the mental health, physical health and capacity of individuals to do the impossible it is hard to see how the trade-off between the health of clients and patients and the staff that treat them might be addressed.

Be the change you want to see

I read the McKinsey report on women in leadership 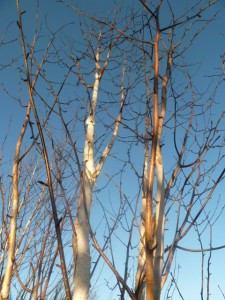 and I wondered whether the word ‘leader’ should really be defined as a noun. Isn’t a leader more about the act of promoting change and leading by example?

In which case the definition is underpinned by the activity and the behaviour, not the name.

There is still a long way to go before there are equal numbers of female and male leaders.  But what is it about being a woman that could make leadership different?  Not better, just different.

My observations of the best leaders who happen to be women have shown me that they frequently wear the title ‘leader’ very lightly.  But their performance – their activity – the way they model the role? Nothing light about that! 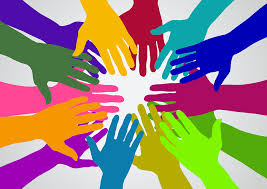 Children and young people tell us that we might think we are listening to them, but that listening is one thing.  Hearing is quite different.

Read my blogspot on The Office of the Children’s Commissioner website, responding to the Childline report. 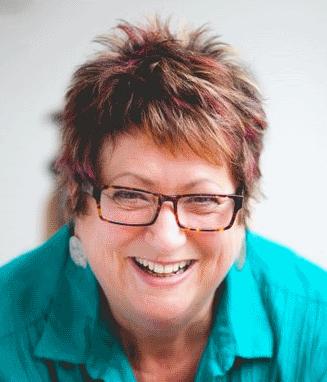